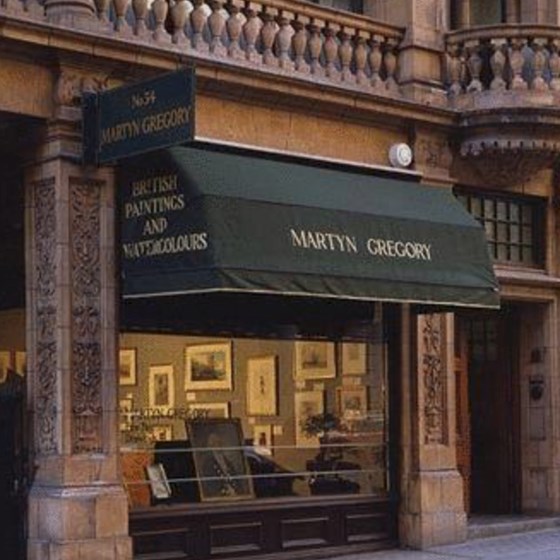 Established in 1965, Martyn Gregory is the world's leading authority on the art of the 'China Trade' and pictures relating to China, India, and South East Asia by both traveling Western and Eastern artists. Paintings, which cover the period from 1700 to 1950, include works by early Western artists who traveled to the East, as well as by Eastern artists who worked in the ‘Western manner’ to cater to the tastes of Westerners in the Orient. They include landscapes of historic sites, especially ports and the trading concessions granted to the Western trading powers by the Chinese authorities. They also include decorative pieces which were created for the export market. ​The gallery is also an authority on British painting and watercolors from the 18th and 19th centuries, handling works by Richard Parkes Bonington, John Sell Cotman, John Robert Cozens, Henry Fuseli, Thomas Gainsborough, Thomas Girtin, John Linnell, Michael Angelo Rooker, J M W Turner, James Ward and Joseph Wright of Derby.